Last month Salesforce Global Sales and Revenue Operations held a party for Salesforce Business, IT, Vendors, Partners to celebrate Project Delight Go Live (March 9th was the go live date). Being one of the lead developers of that project, I was fortunate to be part of this celebration party. I am running towards my 8th year in Salesforce and hence have seen it grow from small to big. This party was a selected crowd from all across key participants from Sales Operations, IT, Accenture, Deloitte, Apttus executives and engineers. By key participants, I mean all the important members who have been working in this project for last 1 to 3 years to make it happen. It was held at Jones @620 Jones Street, San Francisco, CA on April 17th.

The core of the project was to replace our legacy CPQ tool Comergent with the native and fashionable Apttus CPQ. I was the lead developer for the legacy Comergent based quoting engine which is third party Java/JEE application stack deployed in Tomcat clusters within Apache. On the other hand Apttus is the Force.com application suite, the center of which is the quoting tool. But replacing a quoting tool was not the only target of this project, along with came streamlining the upstream and downstream systems and handling a large volume of desperate unstructured data accrued after years of operations. I will leave it there and get into the party part of it.

I can’t think of any other party which was more enjoyable than this. Part of the reason is the host business people are very fun loving and after working years together in this project we really got the scope to know each other very closely. There were plenty of foods of all kinds, photo taking and album creation instantly with the teams, video interviews, local musical band party of San Francisco, karaoke, a bag full of gifts (iPod Nano, Bose Bluetooth headset, iPhone charger etc were just one of the few things in that bag). You will get some idea of how much fun we had if you watch the above video of William and John dancing in the stage.

At the start of the event, anonymous peer votes were taken for 3 awards within the participants for the people who worked in this project. William Jager won the award for challenging the status quo of the project at different times, Michelle Zaus got the award for cheer leading the teams all along and yours truly got the Project Delight Nike Award for working hard and delivering quality work on time. This was very satisfying as it came from the votes of the peers. A grand project, the largest in my 15 years career, ending in a grand style. 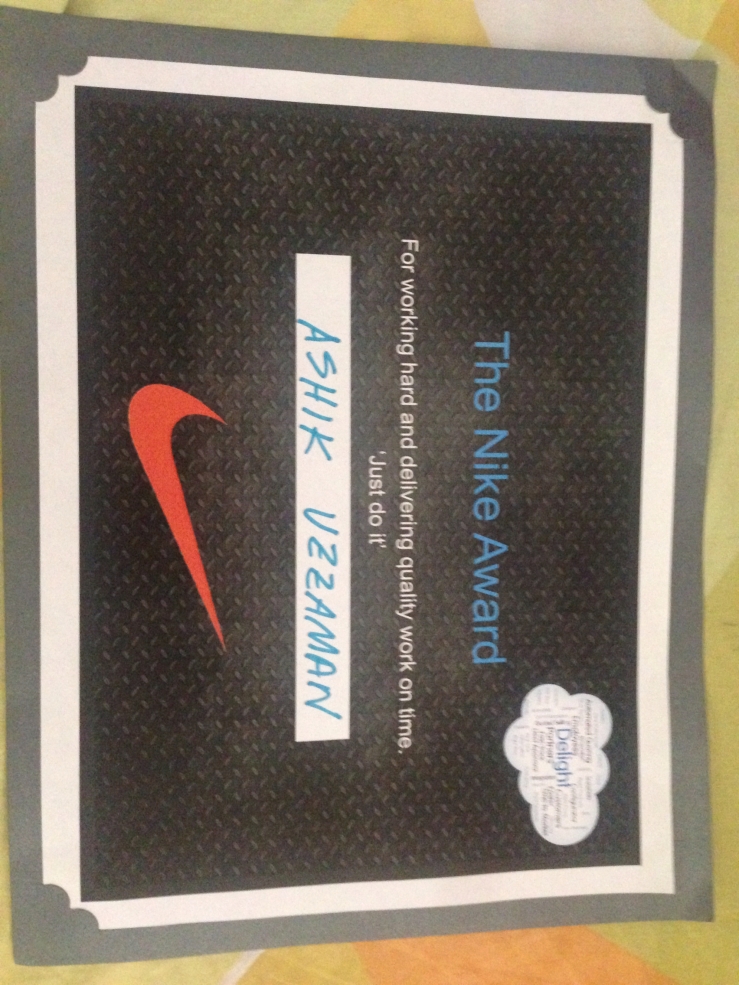 During the party, our consultant friends who worked in this project were appreciating the party saying that no other clients’ party is like Salesforce party! Very true. I will go one step ahead and say, no other party in Salesforce was like Project Delight Party!!

Driven servant leader experienced in building robust and innovative team of software engineers, growing people along with business and technology. Twenty years of experience as Engineering Leader and Software Engineer in developing large scale distributed systems with specialization in Java, AWS, Microservices. A natural leader, easy to work with, and approachable excelling in motivating employees into top-performing teams. View all posts by ashikuzzaman

This site uses Akismet to reduce spam. Learn how your comment data is processed.